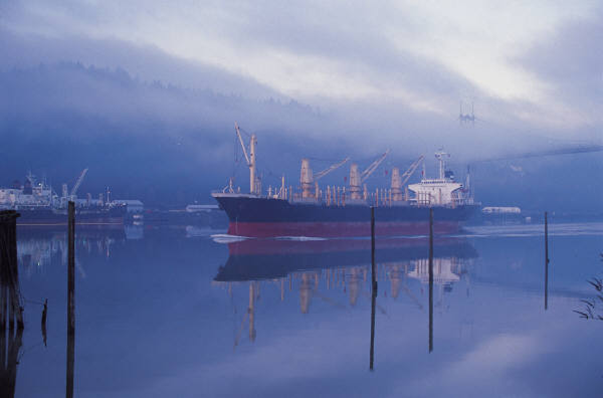 Oregon’s public-trust doctrine has been misunderstood. The doctrine has not been judicially interpreted in over 30 years, but was the subject of a recent opinion of the Oregon Attorney General (AG). In 2005, the AG interpreted the scope of the doctrine to be limited to the beds of tidelands and navigable-for-title water and erected a separate “public use” doctrine protecting public rights in other waters, including recreational waters. But because Oregon courts have never limited public rights in the state’s waters to those with publicly owned bedlands, the opinion should have recognized that the public-trust doctrine provides broad public recreational rights in all waters of the state.

Indeed, since early statehood, Oregon courts and the legislature have recognized that water is a publicly owned resource, a resource that present and future generations have the right to use. Since the 1860s, the Oregon Supreme Court has consistently ruled in favor of public rights in waterways, based on language in the Oregon Statehood Act declaring navigable waters to be public highways that would remain “forever free,” not monopolized by private owners.

Moreover, in the early 20th century, the court explicitly ruled that the scope of public rights in publicly owned waters could and should evolve over time. The court explained that public rights in state waters include not only navigation, fishing, hunting, and recreation, but also sailing, rowing, bathing, skating, taking water for various purposes, cutting ice, and other public use that could not then be anticipated.
We maintain that the Oregon public-trust doctrine is grounded on public ownership of natural resources held in trust by the state in a sovereign capacity, not solely on ownership of the beds of navigable-for-title waters, as the AG suggested. Indeed, in earlier opinions, the AG consistently recognized public rights in resources managed in a sovereign capacity. Oregon has always claimed sovereign ownership of water and wildlife within the state, so the courts should recognize both as public-trust resources.
Although the state can authorize private rights in those resources, all private rights are subject to the state’s sovereign ownership, which is properly characterized as a public easement that requires the state, as trustee, to maintain these resources for the public. Thus, trust resources simultaneously have public and private “owners.” The AG was mistaken in thinking that the public-trust doctrine applied only to lands the public owned in fee and failed to appreciate the broad nature of the state’s public-trust doctrine.

Just as in the Statehood Act’s declaration of public ownership of waterways, courts should interpret the public-trust doctrine to be implicit in other statutory declarations of public ownership of natural resources. Thus, although its origins may lie in common law, the public-trust doctrine’s future likely is in statutory interpretation because many statutes recognize public ownership of natural resources and impose trust obligations on the government. For example, in 2011, interpreting Oregon statutes, the Oregon Court of Appeals rejected assertions that game farm animals were not subject to wildlife statutes, reaffirmed that the state owns all wildlife within its borders in a sovereign capacity, and concluded that the state must manage these resources for the public benefit.

Similarly, ocean beaches are public-trust resources because the public possesses usufructuary rights in beaches that are necessary to enable use of the adjacent ocean waters. Over 40 years ago, the Oregon Supreme Court upheld public rights to use these resources under the doctrine of custom, but the courts should also acknowledge that ocean beaches have long been public highways, and therefore the subject of a public easement in these trust resources.

In 1869, in its first decision on public rights in the state’s waterways, the Oregon Supreme Court explained that the public had rights in adjacent uplands to facilitate log drives. We maintain that similar public ancillary rights exist in other uplands where necessary to provide public access to, or preservation of, public-trust water and wildlife resources.

Oregon’s public-trust doctrine is not of mere academic interest. The doctrine imposes duties on the state as sovereign owner of water, wildlife, and ancillary uplands to manage these resources for the common good.

Throughout the state’s history, the courts have relied on public-trust principles to resolve disputes among competing natural resource users. In the late 19th century, the courts generally recognized superior public rights in waterways for commercial purposes such as logging and fishing. By 1920, the Oregon Supreme Court had recognized recreation as commerce protected under the public-navigation easement. n the 21st century, the doctrine is fully capable of evolving to meet contemporary pressing needs, such as climate change, as the court recognized nearly a century ago.

When called upon to resolve disputes between competing uses of natural resources, Oregon courts should rely on the public-trust doctrine to sustain these public resources for present and future generations. In an era of widespread skepticism of government management, this venerable doctrine seems to be an especially appropriate mechanism to ensure access to publicly owned resources as well as to provide citizens with an opportunity to gain review of government action and inaction threatening unsustainable development of natural resources that are central to the state’s identity, culture, and economy.